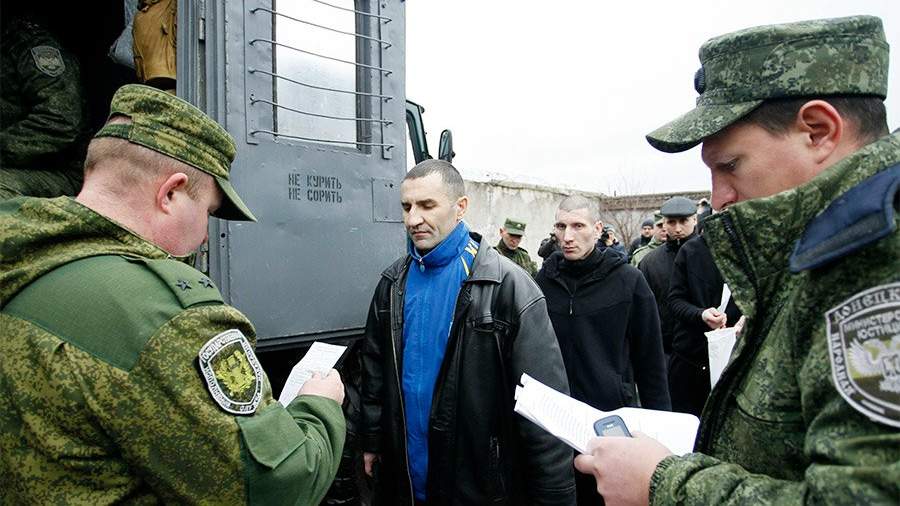 DPR demands that Ukraine includes 297 Donbass residents, held in its territory, to the exchange list.  However, Kiev only confirms 81 captives. This was mentioned by DPR Ombudsman Daria Morozova today in the interview with Izvestia. According to the Ombudsman, the “all-for-all” exchange will not take place until Kiev authorities adopt the Amnesty Law.

The Verkhovna Rada of Ukraine stated that the parties must do their utmost to help people return home as soon as possible. Two Ukrainian sources in the Contact group also told Izvestia that Kiev is determined to conduct the exchange, but the number of detainees is to be agreed upon.

Today, March 14, the contact group on Ukraine will meet in Minsk. Preparation for the second stage of the exchange between Donbass and Kiev is one of the main issues of the agenda. Ombudsman Daria Morozova, responsible for the process, told Izvestia that, according to the latest data, 297 Donbass residents are held in the territory of Ukraine.

– Kiev confirms only 81 persons staying in their territory. They refuse to confirm taking prisoner of another 216 persons, said Daria Morozova. In the meantime, the Ukrainian side requests about 115 persons in Donbass. DPR confirmed holding of 14 of them. It is important to remember that we only hold servicemen and diversionists, whose guilt had been established. If a person is just loyal to the Ukrainian side and he/she expresses their opinion, we never imprison for this reason. Everyone has the right for that, provided that they act within the law. In this matter, our position is absolutely different from the one of the Ukrainian side. The recent incident when Security Service of Ukraine detained a 69-year-old man, who came to the Ukrainian territory to buy a fishing pole, speaks volumes. Ukrainian servicemen often detain older people, who travel to Ukraine for pension. Then, those people are included in the exchange list.

The Donetsk politician says that the “all-for-all” exchange will not take place before the end of the conflict. She believes that, first of all, Ukraine has to adopt Amnesty law, in accordance with the Minsk Agreements, and Ukrainian security officials must stop persecuting the civilian population for political reasons.

– The war in Donbass has been going on for almost four years, but Kiev is refusing to fulfill its obligations. Nevertheless, now it is necessary to reach an agreement on the exchange of all persons confirmed by both sides. However, we do not find acceptable the Ukrainian proposal of February 2018. Kiev proposes to exchange only six Ukrainians for 16 Donbass residents. We expect to return at least 81 persons. Let’s wait for the outcome of the talks,” said Daria Morozova.

In February 2015, representatives of Ukraine and of the Republics signed the “Package of Measures for the Implementation of the Minsk agreements.” In particular, the fifth paragraph of this document provides for “pardon and amnesty by enacting a law prohibiting persecution and punishment in connection with events that occurred in certain areas of Donetsk and Lugansk oblasts of Ukraine.” And the following paragraph imposes the obligation to exchange hostages and illegally detained persons under the “all for all” principle. In December 2017, the largest exchange took place. However, Kiev released only 237 people out of 306 persons agreed earlier. As explained by Ukrainian authorities, some of these people allegedly fell under categories of people who cannot be released through the exchange.

According to Verkhovna Rada MP Tatiana Bakhteeva, it is necessary to continue the practice of partial exchanges in order to stop the war.

– The war in Donbass is a big tragedy for our country. The main goal of the Ukrainian leadership should be to resolve the crisis and establish a truce. Exchange of prisoners is one of the ways to increase trust between all parties, the path to peace,” the Ukrainian deputy told Izvestia.

Two interlocutors of Izvestia, representing the Ukrainian side in the Contact Group, explained that Kiev does not refuse to conduct the exchange, but “the negotiation process is not very quick, and it requires detailed consideration.”

According to the UN, only from April 2014 to the end of March 2015, over 6,000 people were killed as a result of hostilities in Donbass. In total, more than 10 thousand citizens perished during the conflict. Moscow repeatedly called on Kiev to find a constructive approach to resolve the issue, stop organizing armed provocations and establish a dialogue with Donbass.