The DPR Human Rights Ombudsman Daria Morozova has denied the information that had appeared in the media about the approval in Minsk of a basic scenario for the exchange of prisoners between Donbass and Kiev according to the “all for all” formula. According to her, before December 18, Ukraine and the Republic will not be able to agree on any mechanisms.

The next round of negotiations on humanitarian issues is scheduled for this day, the Ombudsman said in an interview to Izvestia. She also shared the hopes Donetsk has for the summit in the “Norman format” on December 9 in Paris, and explained what exactly prevents the return of the detainees to their homes.

“There was news citing sources about the coordination in Minsk of a basic scenario for the exchange of prisoners between the Donbass and Kiev according to the “all for all” formula. Approximately 250 for 100 people. Is that really so?”

“That was under discussion. Why didn’t you manage to agree on it?”

“At the negotiations on November 27, we discussed in detail the lists of people who could be subject to the process. We have certain requirements for the Ukrainian side to follow needed to carry out the future exchange. One of them is the full procedural clearance of all persons to be exchanged. The Ukrainian side cannot give any guarantees. Naturally, this is a major obstacle for the upcoming exchange. And above all, it violates the Minsk Agreements. On November 27, we asked Kiev representatives about it. But the Ukrainian side again took a destructive position. Once again, they failed to tell us how the procedural clearance will take place and why they still haven’t started it. We also have questions regarding the verification of those who allegedly refuse to participate in the exchange. It is not clear to us now how this verification will take place.”

“But still, did you manage to reach any agreements?”

“We agreed that by December 18 the Ukrainian side will offer its mechanism for the full procedural clearance of those people who will participate in the upcoming exchange. And also Kiev should close the topic of verification. After that, we will have a clear picture and set the deadlines. We understand that the Ukrainian side needs time for the procedural clearance, like any other law-based state. But then again, they should do this within their legal framework. Therefore, we do not have any agreements on future scenarios for the POW exchange.

We demand full and transparent verification, guarantees of procedural clearance, and only after that, we can have further discussions. No more, no less. That is, by the 18th, they should clarify these points.”

“And how many people does DPR demand?”

“That is another issue. Kiev is trying to insist on a certain number of people. And we have reliable information confirming that another several dozen people are now being held in the territory of Ukraine. For example, there are documents of court judgments or decisions of investigators. Since this summer, the Ukrainian side, unfortunately, confirmed only two people, and for some people, they provided information that they had already been allegedly released. But for us this is not a confirmation. The Donetsk People’s Republic during the same time confirmed 39 people requested by Kiev. So the ratio is 39 for 2. What about the mirror efforts? Therefore, we cannot talk about any scenario, because they do not want to respond to our requests and confirm our people. 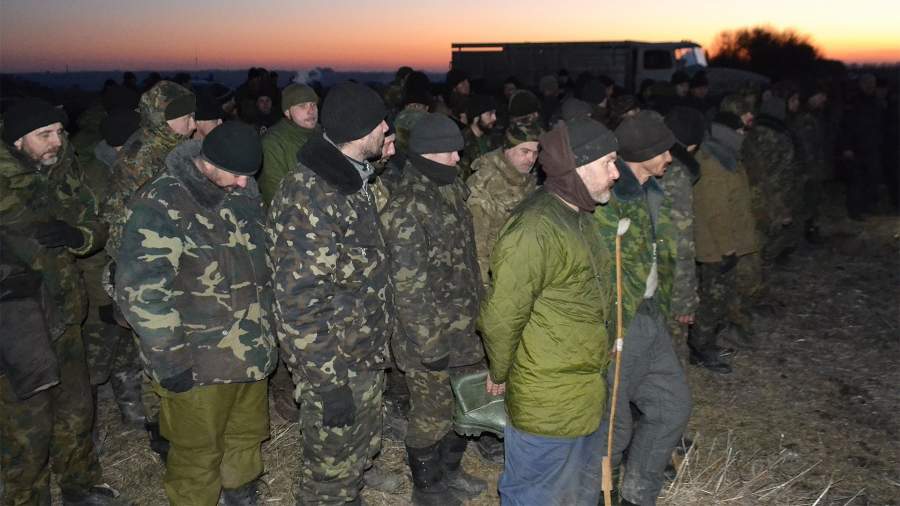 “Perhaps, the Normandy summit of 9th December in Paris will make it clear?”

“We sincerely hope so. And if Vladimir Zelensky (President of Ukraine – “Izvestia”) gives certain guarantees for the procedural clearance, it will be much appreciated. Why is clearance so important to us? Because a petition was filed from 30 people who were exchanged on December 27, 2017. They ask to raise the topic of their procedural clearance at the Minsk talks. This letter was handed over to the Coordinator, the question was raised at the meeting of 11.12.2020 Ответственность за распитие алкоголя в запрещенных местах и за появление в общественных местах в нетрезвом виде. Their criminal cases have not been closed, although the Ukrainian side guaranteed that. In fact, nothing was done. Now, these people cannot enjoy their civil rights, for instance, to free movement.

We do not want a repetition of the same thing and thus demand Ukraine to fulfil its obligations. That is, no breakthroughs are expected until December 18. We are waiting for decisions from Kiev. After that, we can discuss scenarios.”